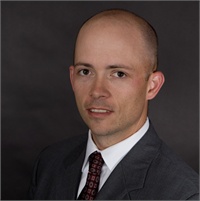 Matt Giles was born and raised on the north side of Evansville, Indiana. Raised by parents who began teaching him from birth, the importance of managing money correctly led him to his career at an early age. In the seventh grade, he wrote his first report on being a financial advisor and stayed the course all the way through college. He graduated from the University of Southern Indiana in 2002 with a degree in Finance and completed his Masters Degree in Business Administration in 2007. Matt has partnered with Old National Investments since April of 2002. He is the author of "Young Adults Guide to a Business Career" published in 2004. Most recently, Matt completed his CFP® designation further displaying his commitment to his clients and ensuring the advice he gives is unbiased and fair. The CFP® marks identify those individuals who have met the rigorous experience and ethical requirements of the CFP Board. When he is not following the ups and downs of the market, he spends most of his time with his wife, Tomomi and sons, Ashton and Caiden. They currently live in Newburgh, Indiana.